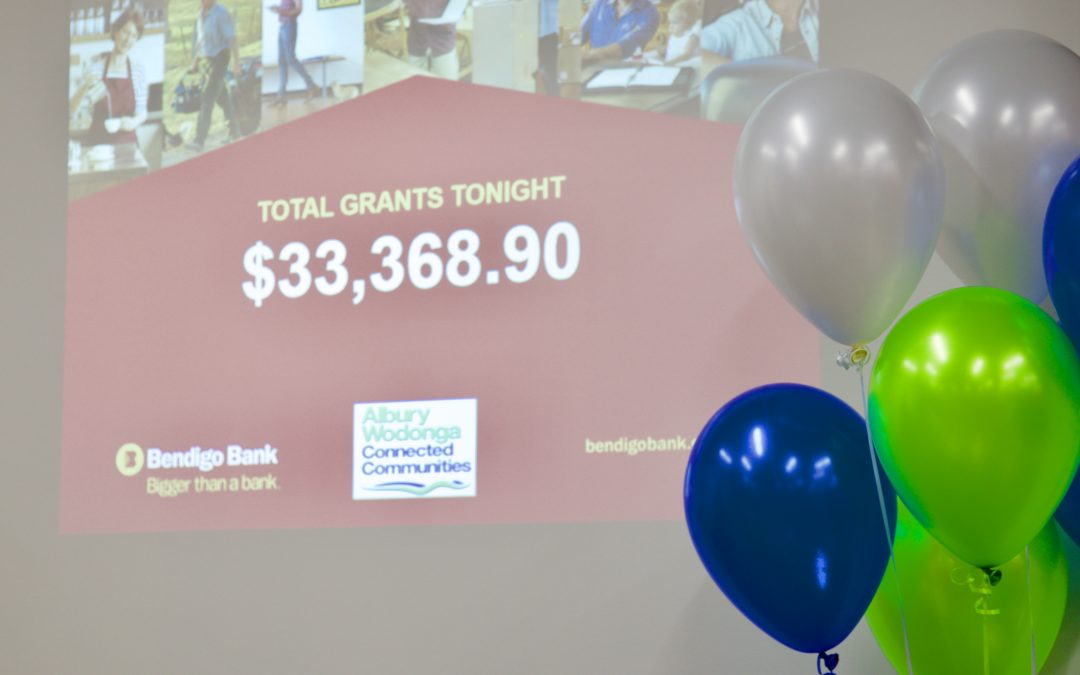 The recipients of the grants included:

19 applications were received this round, which was a record number. All were worthy causes, which made the decision for the Grants Committee quite hard. We are confident that the projects delivered by groups who will receive a grant will deliver social benefits for not only their own members, but those of the broader Albury Wodonga Community.

In the first twelve months of operation, Albury Wodonga Connected Communities has awarded $51,000 in grants.

that’s a lot of sausages that these organisations won’t have to sell now.

Ongoing funding for Albury Wodonga Connected Communities Ltd (AWCC) is provided by Bendigo Bank as commissions paid on selected accounts of customers who have elected to support the AWCC. These commissions are paid as part of the Bendigo Bank’s community engagement budget and are made at no cost to the customer. For more information about how the grants are funded, head here.